Responsibilities at the US-Asia Institute

“It is not the leaders that will necessarily impact your life, but the people.”

As a young girl in a small village in South Dakota, I was blissfully oblivious to the worries of the outside world. My home, a small hamlet of mere 800 people, provided me with a true feeling of community and belonging.

We owned a small family hotel where my grandmother took care of everything. She was my role model and a driving force for us all. While her focused demeanor was inspiring, it was her unwavering will and genuine caring for others that were most uplifting. She instilled strong values in me from a young age. I took it upon myself to become a reflection of her excellence and strove to carry her legacy forward with her best qualities hopefully living on in me. 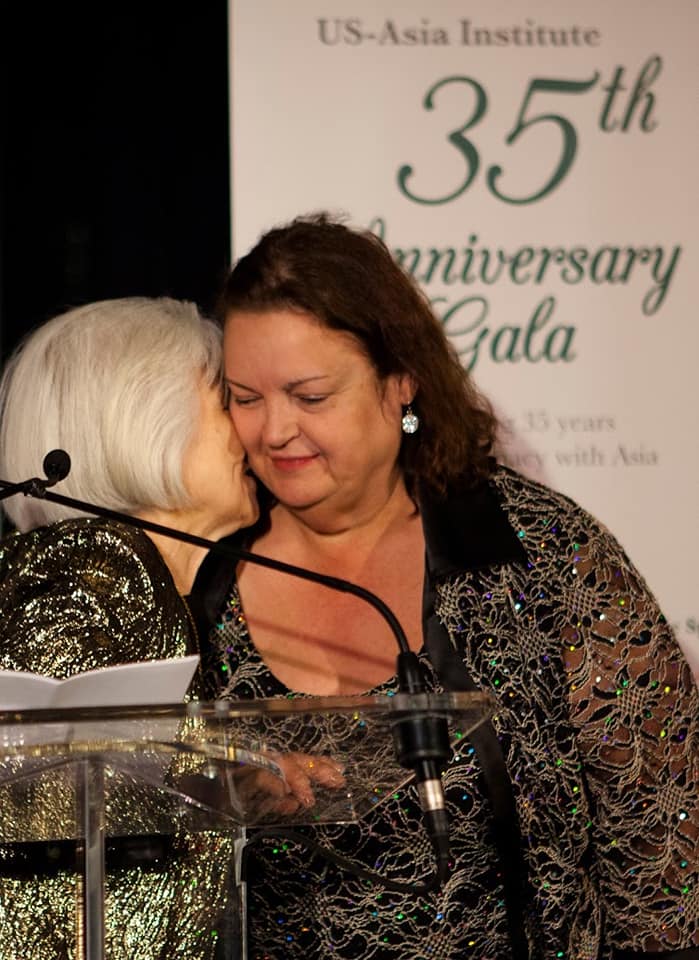 From a young age, politics interested me. This was evident from my work with the U.S. Senator as well as several internships in the public service domain. But I was looking for an opportunity to offer my services- one that could change lives and impact others.
One day Mrs. Esther Kee, the founder of the US-Asia Institute (USAI), called to offer me a position at her organization in Washington DC. Upon my arrival, I received a very odd reaction from Mrs. Kee and her colleague, Mr. Joji Konoshima.
Since my middle name was “Sue”, Mrs. Kee had assumed me to be part-Asian! And just like that, we shared one of our first laughs. Everything changed that day, and from then on, our laughter and positive energy were a constant at the USAI.
At some point, I noticed how Mrs. Kee was always accompanied to meetings by Mr. Konoshima, our male chairman. Even in 1979 the preconception that the man in the room should be in charge existed. Mrs. Kee ,though, was a force in her own right. Her gracious persona, insightful comments, & infectious laughter earned her the respect of all those she came into contact with, and tore down all possible barriers. It is a strong person who makes a difference, not just a strong ‘man’. Mrs. Kee’s leadership opened many doors for me to gain faster acceptance across the communities we serve. 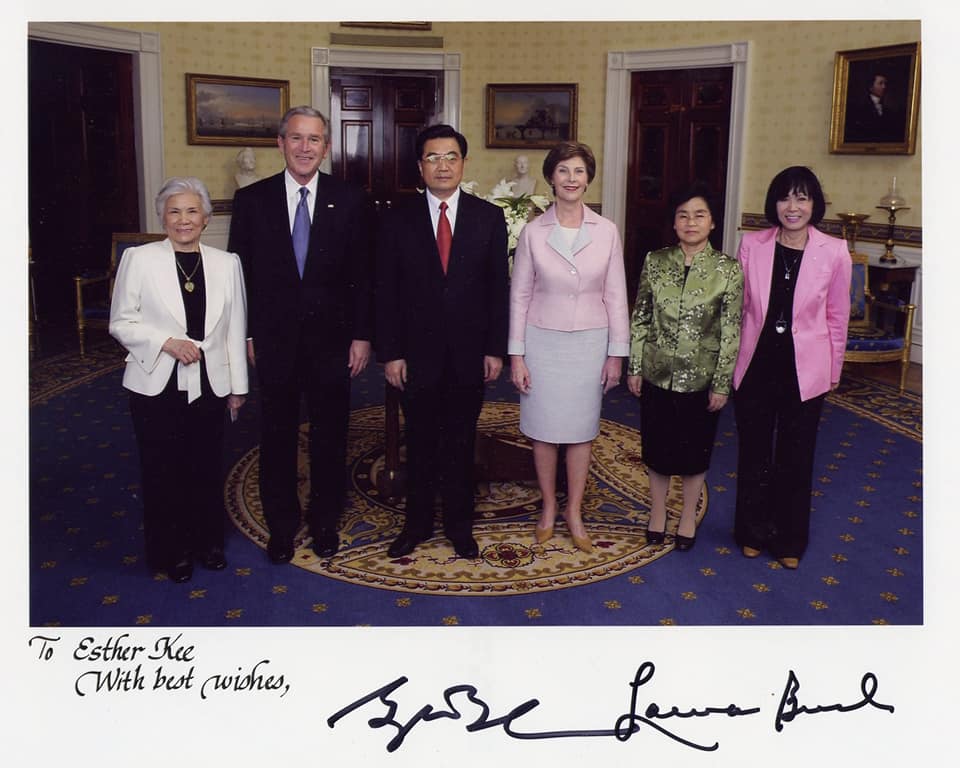 My responsibilities at the US-Asia Institute are diverse. We mentor and provide hands-on experience to students globally; provide insight for diplomats into the US political and governmental systems, deliver educational programming & people-to-people engagement for Members and staff of Congress with the uncompromising goal of building understanding in international relations. From designing and organizing youth exchanges & internship programs to bringing diverse people together in-person or virtually, my work has made my journey a fulfilling one.
In 1990, I left the USAI to support my husband’s career which took us to Hawaii, North Carolina and eventually back to Virginia. I was uncertain at first about leaving the job I loved, but it came at a good time as I was a first-time mother. I soon realized why people find it hard to balance a full mandate of personal & professional responsibilities. It is difficult to give your undivided attention, but I discovered that you must simply prioritize and move forward. Though I continued to work in Hawaii and Virginia, my job responsibilities weren’t as intense as those at the USAI. I took a total break from work during 1995-98 to devote time to my family and volunteer endeavors. Then, in 2002, a dream came true! Mrs. Kee called and asked me to return to the USAI. I was ecstatic and fortunate to pick up right where I’d left off a dozen years before. I was deeply honored when she offered me, a woman- the reigns of carrying her legacy forward.
As I look back, I realize that my experiences taught me to always be true to my own self. If there is a need to be flexible and change priorities, do it. If there is a need to give up on something for the time being, do it. Women can have it all, but perhaps not everything at once. When we move forward in life with our hearts and minds working as one, anything is possible. And when you are ready, start over & continue forward with your head held high. Always remember the people who believed in you, and be willing to pass on the same encouragement to the young leaders of tomorrow. Because, at the end of the day, it is the people who will truly impact your life.