Journey as an Entrepreneur

John Livesay shares with Girl Power Talk the story of how he cultivated the art of storytelling and public speaking.

I was born in 1958 and grew up in the suburbs of Chicago. My parents were very focused on the value of education. My dad greatly valued friendships and my mom was a firm believer in “You can do anything you want to do if you just set your mind to it.”

In school, I was involved in all kinds of extracurriculars, from being in theater and the marching band to being part of the swim team. When I swam, I was always focusing on beating my own time instead of worrying about whether I came in first place or not. That is where I learned that when we focus on our own progress, we win.

I graduated college is the 1970s, and at that time, it was challenging to come to terms with the fact that I was gay and “different” than most people. The atmosphere was very closed, and some of my friends in college were kicked out of their homes when their parents found out about their sexuality. When the AIDS crisis hit, a lot of families found out their children were gay and had contracted AIDS at the same time. Some people embraced it, and some did not. My parents were getting divorced when I was in college, so I had to decide who I was going to live with that summer. That’s when I came out to my mom. She thought I was going through a phase and that I would outgrow it. 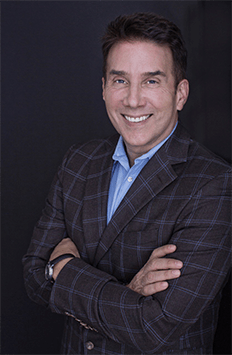 In my first few jobs, it wasn’t safe to be openly gay, so I would have to pretend to be single or I would have to be very careful about what I said in terms of my relationships. It was very odd trying to combine two different parts of my personality and life. Finally, at 30, I was working for an ad agency that was owned by a gay individual. Only then could I be myself. Through a wonderful charity called The Point Foundation, I’ve mentored students from the LGBTQ+ communities whose parents have rejected them. I recently wrote a blog called “I’m Coming Out” about this process. It’s been an ongoing journey and battle for acceptance. 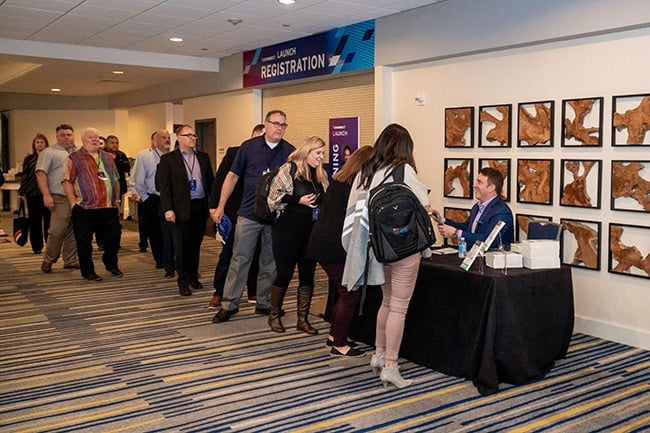 The first 21 years of our lives, where we are most concerned with what other people think of us. We need to fit in. But then around our mid-20s, we start to realize that what other people think is not so important, yet we still struggle with internal, negative self-dialogue — the emotion that we have somehow failed or not achieved what we envisioned we would. We can deal with this if at a young age we are exposed to such thoughts that we can decide “I am enough.” When we accept that we don’t have to do anything more to prove anything to the world or ourselves, then that satisfaction leads us to the road of self-belief. On that road, whatever you do is motivated by passion and the wish to express yourself rather than something you have to do. 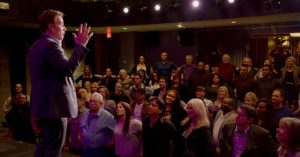 I started my podcast over six years ago, and since then I’ve done over 300 episodes. When I started, I took inspiration from Jeff Bezos. He started Amazon, originally, just to sell books. He told his team that they were not going to worry about what Barnes and Noble did with 5,000 employees in the brick-and-mortar stores. Instead, they were just going to focus on being the best online bookseller. That’s a lesson that I now take into my career and help teach other people. We only have so much time and energy, and what we focus on is what we get.

Arthur Ashe said, “The key to success is confidence, and the key to confidence is preparation,” and that is something I live by.

For example, I was quite scared when I was going to be interviewed by Larry King, so I decided to prepare and read all I could about him. I still felt nervous, like everyone inevitably does. But even then, we must not crumble to the pressure of being someone we are not just to seem more likable. For example, when he asked me if I was into sports, I very authentically said no. I made a joke that I just watched the Super Bowl for the commercials. This authenticity built a rapport which might not have been there if I had lied just to fit in. Also, I try to keep the atmosphere in the room light without being forcibly funny. In my experience, people are at their funniest when they aren’t trying to be. 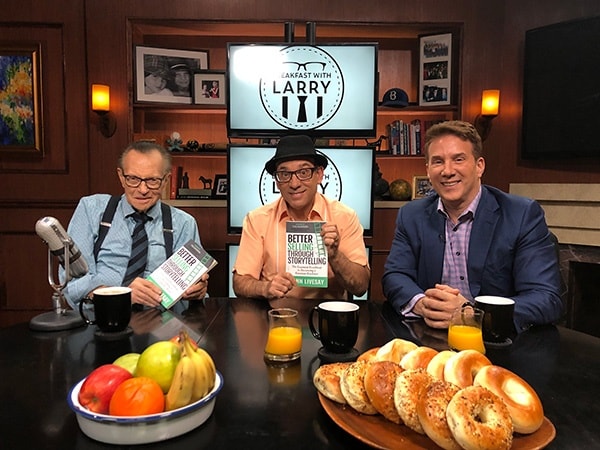 When you create a brand, little personal and vulnerable moments make it authentic and help people connect with you. I now live in Austin, Texas, whose vibe is recorded perfectly in its motto: “Keep it Weird.” It has great food, friendly people, and it is a happy place for me! I love nature and photographing it. It brings me peace and calm when I’m going through a rough patch, and the product is always a beautiful painting of light.

My advice to the youth in this dynamic world would be to believe where you are right now is the perfect place. What you will be doing a decade from now may not even exist yet. So, stop running the race to prove yourself, and just try to continuously learn and evolve, as that really is all that matters. We must strive to be better people by making sure everyone feels safe around us. Speak up if someone says something wrong and simply be more aware and accepting while sharing what you know as much as possible.