A brainchild named ‘Aatmnirbhar’ emerged in 2017 breaking all the shackles of gender biasness making women self-reliant by helping them reach the handle grips of their own lives, teaching them scooter riding.

In 2017, I started @aatmnirbhar. I realized that women were hesitant to outgrow the cocoon that society enforces upon them. I decided to create an organization and dedicate myself to doing something about this unfortunate reality.

Being raised in Mathura, gender inequality and the misconceptions regarding a woman’s freedom were not new to me. As I grew up with these stereotypes surrounding me, I noticed that housewives received the least freedom. There is little care afforded to their hobbies and interests because fulfilling the demands of other family members is their primary use. This saddened me.

The narrative in my home was no different. My mother came to me and expressed her desire to learn to drive a two-wheeler. Finding someone to train her was difficult and she faced quite a bit of scrutiny from the rest of the family as well. I couldn’t believe it. Just because she wanted to drive a scooter and be more independent? Others in my family circle were actually surprised and amused that my mother, who had always been devoted to the household chores, would want to learn and become more independent. This did not really stop her and I found inner strength in this small leadership in action.

As her training commenced, I realized that one out of every ten homemakers are handicapped in terms of mobility. This instilled a sense of responsibility in me to advocate for more transportation awareness both in India and all around the world. Today, I train women to ride two-wheelers and bicycles. Our team at Aatm Nirbhar empowers them with the freedom they never knew possible. The satisfaction and glow a middle-aged woman has when they become independent through our collaboration actually warms my heart. 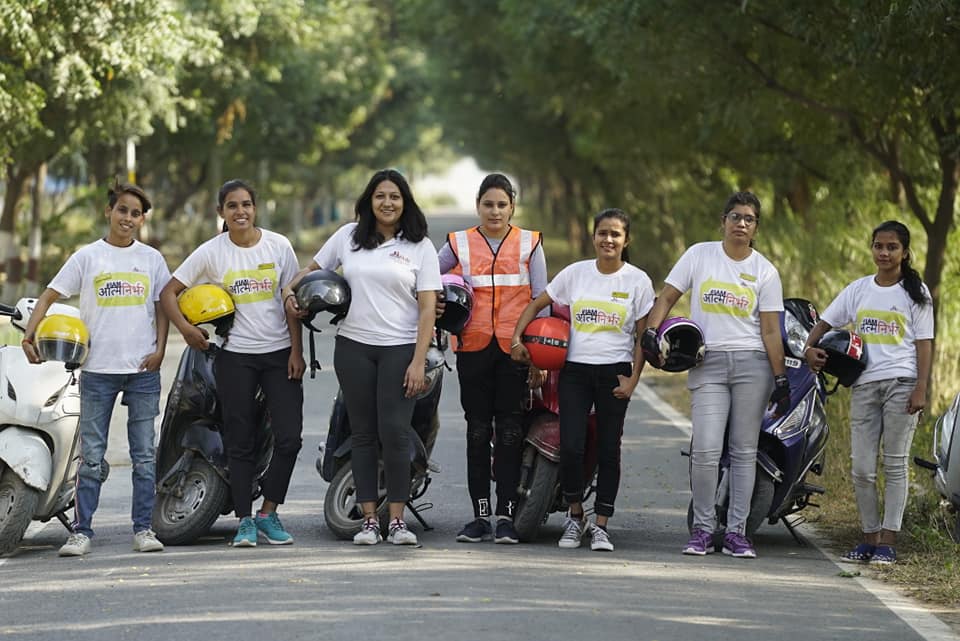 My journey as a social transformer has been a stressful one. Besides people discouraging me and questioning the validity of our mission, the biggest challenge faced has been the resistance from the women we seek to help. As creatures of habit trained by society to not even consider their own needs or happiness, they are reluctant themselves to invest in self-improvement. Through my interaction with them, I have come to realize that they are conditioned to believe in absolute dependence on their male counterparts for everything, including the most basic necessities of life. We as women need to realize that independence in small ways breaks down the gender bias walls holding us back for centuries.

Overcoming the challenges of entrepreneurship has washed away my fear of starting afresh. I believe in the process of learning from the difficulties and struggles we encounter in life. When we overcome challenges, we actually invest time to become more resourceful and capable. As a young woman, this couldn’t be more important for my ability to lead and enact positive change. Though I have been honored with several awards and recognitions at Forums, the smile I see on an independent woman’s face, is the most valued result of my efforts. It touches my soul and gives me purpose. There is almost always a sense of disbelief that my students express when they realize that they have succeeded in mastering what had previously seemed so difficult. Changing lives is so precious, and I want the world to know that the best is yet to come from me and Aatm Nirbhar!