The Launch of SustainFinance in Era of Profit Focus

The Most Challenging Aspect

Paul Smith shares his journey from being a history major to starting his own financial firm and his thoughts on the role of youth in revolutionizing the world.

Please describe how you decided to pursue finance after studying for a master’s in history. What has your journey been like?

When I began studying history, I never would have imagined myself making a career in finance. After receiving a master’s in modern history from Oxford University, I landed a job as an audit assistant manager at a company in London and stayed for almost four years until qualification. I enjoyed that beginning because it was new to me. Being naive at management, I was often worried about what my future goals should be and what I would end up doing later in life. However, after getting enough experience, I shifted to Hong Kong where I joined the Bank of Bermuda as head of securities services. That was where my journey in finance started officially.

Later on, after putting a lot of hard work into achieving my goals, I became the managing director at the CFA Institute, Asia Pacific. Then in 2015, I became president and CEO of the CFA Institute. I served there for more than 7 years and in this span of time, I enjoyed being at the top of my profession. I am a firm believer in being your own boss in your life, no matter what you do. I was passionate and enthusiastic about my roles and responsibilities. At CFA Institute, I got the chance to make a boss out of myself. 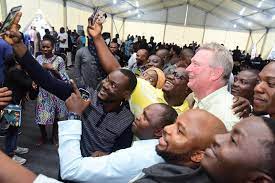 What inspired you to launch SustainFinance (www.sustainfinance.org), a nonprofit organization, in an era when people are so focused on profit?

I always loved working in finance in the developing world because it inspired me to create a solid infrastructure in it. It was certainly a field of interest where I really wanted to be, learn, and grow more. In 2001, I got promoted to global head of funds services at Bank of Bermuda and that became a great journey of learning and growth for me. My interest in this field always inspired me to do something creative. In the pursuit of creating something new, I founded Asia Alternative Asset, a firm that connected global investors with Asian investment opportunities.

Now as a self-employed founder of SustainFinance, advisor at Inflection Point Intelligence, and Director of Financial Modeling Institute, I am fortunate to use my resources and information to build contentment in my life. SustainFinance is a non-profit organization that promotes the sustainability of decision-making in finance-related companies. I believe that it isn’t just natural resources that need sustainability—finance also needs sustainability so money can be managed in the world in a more stable and ethical way. 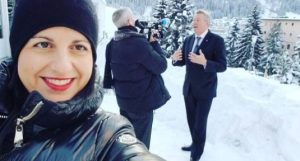 What has been the most challenging aspect of being an independent advocate in the financial sector committed to serving society?

Due to the financial crisis of 2008, I faced many ups and downs. I had to sell my business to a Chinese company as a result. I was not a complete failure, but I did feel very low at that time. However, I couldn’t just sit around moping. I gathered myself up and moved on.

My timing has been less than perfect. I often think that I entered the finance field too late and started my first project at the wrong time. However, now with SustainFinance, I think I have finally got my timing right. It is also a lesson in a way that everything happens when the time is right; all you need to do is keep putting in the effort. 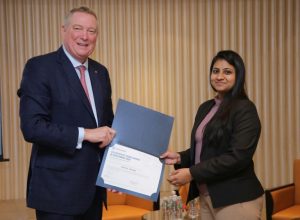 What is your future vision for yourself?

My work and dreams made me travel to different parts of the world in order to observe the minute details of finance and life and do something extraordinary. Finance is not just a field to me, it’s a way to connect with people and the world. My work in finance always provided me with the momentum to move on and do my best.

What are your top tips for young people?

I believe that finance management is necessary for everyone’s life, no matter who you are. Prioritizing your financial situation in times of necessity is the most important thing someone can do. Along with my work, I always tried to balance my professional and personal life and kept believing that expanding my knowledge must always be a priority.

If I could give any advice to my younger self, I would say that nothing is impossible, just do your best. I always advise my children and other young people to focus on their education. There are so many more opportunities today thanks to the internet and expanding technology. Don’t waste these opportunities. Use them for the social welfare of the world. The world is quite literally your oasis, so I always say, take a dive!