Childhood and Early Experiences at Sea

Maiden and an All-Female Crew

Works as an Author – The Maiden Trilogy

Tracy Edwards, a sailor, a TED speaker, and the author of the book Maiden, shares a powerful story about how she led an all-female crew in the Whitbread Round the World Yacht Race in 1989 and went on to become the first woman to win the Yachtsman of the Year Trophy.

“If you are going through hell, keep going.” — W. Churchill.

I got into sailing by fluke. My father died of a heart attack when I was ten and it impacted me immensely. My mother remarried a man who turned out to be an abusive alcoholic, and we moved to a new place. I didn’t react to this well and became quite rebellious. This unsettled my mother and she wanted to help me even though I was a nuisance driven by anger. For instance, I stole a car, got arrested, and was eventually expelled from school. I decided to explore the world and went backpacking to Greece at 16.

Whilst working in a bard in Greece, I got a job on a charter yacht as a stewardess and sailed the oceans for a number of years before getting into racing. I loved life at sea and I didn’t want it to end. I then discovered the Whitbread Round the World Race and applied to a yacht to be cook on the 1985/86 race. But the Skipper turned me down, saying it would be too embarrassing to have the only professional crew with a female member. However, I convinced the owner of the boat, who found the idea interesting.

The crew disliked the idea a lot. They resolved to make my life a real misery. But I stuck with it. After we won the second leg, they saw me as a lucky charm. The crew included me and became like my 17 older brothers. 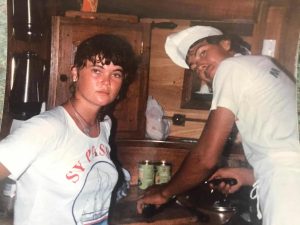 During the Whitbread 85–86, I realized girls weren’t supposed to race around the world. No one had ever questioned me doing “female jobs” on the boat, but the moment I wanted to sail the world, it became a problem. Out of 260 crew on that race, there were only four girls in the entire fleet.  I then had the most profound thought of my life, I realized no man would ever let me be the navigator during my lifetime, and that’s what urged me to make a change with Maiden.

At first, it was a self-serving undertaking. I wasn’t thinking about other women; I was merely trying to navigate the waters my way. Yet, as time progressed, I grew in perspective. Maiden was much more than me. It was for all women. In fact, it was about anyone who was told that they were not good enough.

The journey came with many obstacles. The fear of failure drove me. If I failed, everyone who had tried to discourage me would be proved right. The next female crew would be dissuaded from trying. My failure would be their burden to bear. Talking to the women on the crew was an inspiration. Their dedication, hard work, and patience became a reason to keep going.

At the end of the race, I did not want to part with Maiden. But to pay the final costs, we had no other option. I was grateful that she went to a warm family, and I went on with my life. 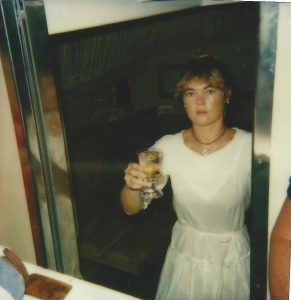 In 2015, Alex Holmes, the director of the film Maiden approached me to ask if he could make a documentary about Maiden, and at the same time, I found Maiden rotting in the Seychelles where they were contemplating sinking her. I instantly notified the crew and we succeeded in raising funds to buy her back. We shipped her to the UK and did an 18-month restoration.

My daughter suggested that we involve Maiden in the fundraisers I hosted. Maiden had, after all, proved to be a crowd magnet. That’s when we started sailing Maiden around the world. I wanted her to be a symbol of women’s rights and empowerment. It was destiny. The initial emphasis was to raise funds for women’s education, which was also a way to redeem me for throwing away my education. Thus, The Maiden Factor came to life.

Maiden represents something special. She has inspired people to embrace hard work, vision, and commitment. She is proof that even a group who had to learn on the job could achieve the extraordinary.

Once in an interview, I was asked if I was a feminist. At the time, feminism had seemed an awful term 一 an insult. I wanted the audience to like me, so I denied it and said I just wanted to do what I wanted, which funnily is what feminism is primarily about. I remember my mother standing behind the interviewer looking shocked. Later, she explained that if I dislike what society has made of the term, I should own it and take it back. Today, after all these years, we have taken feminism back and I am a proud advocate for it. 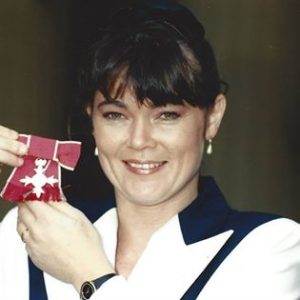 Through my books and my entire journey, there is just one thing I want the next generation of rule-breakers and leaders to understand. If you stand still, there will be no progress. Nothing comes and lands at your feet. Every time you advance, you open yourself to the universe. There is no magic wand; every step I’ve taken and everything I’ve learned has got me here. As Ernest Shackleton said, “By endurance we conquer.”

Do it Now: 6 Practical Ways to Beat Procrastination