Balance Between Professional and Personal Life

Can you share a little about your childhood, where you grew up, and some background information?

I was born and raised in the south of France, in a small town called Avignon. My grandmother raised me until I was almost 5 years old. She had a strong personality. She migrated to France from Italy and built a life from scratch, when it was even tougher than today to fulfill your dreams as a woman. She has been an inspirational figure.

I attended Engineering school and studied Computer Science in the south of France. I then moved to Paris where I got my first job in Computer Science. After that, I got some other professional experiences related to Marketing and Telecommunications. Eventually, I started a business with a colleague in Paris, Vistaprint. Vistaprint is about printing business cards and providing marketing materials for small offices around the world, especially in the United States and Europe. We did pretty good. Now the company has hired approximately 15,000 employees around the world, and it has earned over 3 billion dollars in revenue.

How was the experience of creating a business that became so successful, and how did you keep true to yourself?

I’m quite proud of this incredible journey that started with two guys and two dogs sharing an apartment, because we didn’t even have an office for the first 6 months. But humility is a value for which I have utmost respect, not only in business but in private life too. I’m still building new businesses, learning, and trying to improve things. Every time you start something, you need to start from the bottom, and humility is probably associated with the fact that I like to venture into new businesses and ideas. I’m launching initiatives that are also fights in a way, through which we try to push in the right direction. Continuous learning and improving from what I’ve learnt is probably the best vision of myself for the future, which is a continuation of my present. This is my dream scenario.

Why is equality an important focus in your career? What made you interested in this cause?

I think my grandmother planted the first seed that led me to pursue the path of supporting women in leadership. Then, observing inequality in the access to top positions in business spurred me on to change things for the better. For me, these gaps aren’t issues but opportunities to have a wonderful mix of backgrounds, whether it is gender, age, or religion. Different human beings can look at problems from different perspectives, and that’s why embracing diversity is so important. It’s not about forcing anybody into business, but to push competencies. Leaving behind good competencies because of gender or color is inefficient. Diversity brings more value and benefits for everybody. That is what led us to create Female Executive Search.

What is the story behind Female Executive Search?

The majority of the women we have interviewed over the past 4 years (more than 350 across the globe) testify how difficult it is for them to access top level management or board positions. There is no room for error and they have to continuously outperform their male colleagues. Still, at the end of the month their paychecks prove the inequality of perception by a staggering gender pay gap of above 20%.

Where competencies fit, we systematically present one female and one male for every position. 20% of these placements are female, a figure that has grown by 50% in the past six months. We have placed women in CEO positions globally. There have also been strides made in regulations around the world, with quotas being brought in for board and management level positions. Of course, there’s still work to be done—especially as the world recovers from the impact of the COVID crisis; something that impacted the careers of women more so than men.

According to you, what issues are women continuing to face in 2022?

There are three most important obstacles at the moment.

Firstly, the Female Impostor syndrome. Although impostor syndrome isn’t exclusively experienced by women, it is known to be more prevalent amongst women. Emily Hu says, “We’re more likely to experience imposter syndrome if we don’t see many examples of people who look like us or share our background who are clearly succeeding in our field”. This is why the work at Female Executive Search is so important—to boost diversity and inclusion in companies, specifically at C-level, to alleviate these feelings in female leaders.

Secondly, the Queen Bee syndrome. We have also observed that some female executives have adapted themselves to the dominant model in order to be accepted by their male colleagues in terms of leadership, even if soft skills and emotional intelligence are now recognized criteria and added value to businesses. This phenomenon was something that, as more women entered the workplace over the past few decades, was expected to peter out. It hasn’t. But why? Evidence suggests that it’s how women cope with the gender discrimination they’ve faced in their own career. So the only way we can effectively eliminate this phenomenon is to remove gender bias in our organizations.

Finally, gender stereotypes. Gender stereotypes can kill a woman’s self confidence. Women can hold themselves back from pursuing prestigious roles because they believe they won’t excel, despite being a suitable and worthwhile candidate. Female Executive Search works hard to use language and phrasing, running their ads through anti-bias reviews, so as to avoid stereotypes and ensure inclusivity in their promotions. 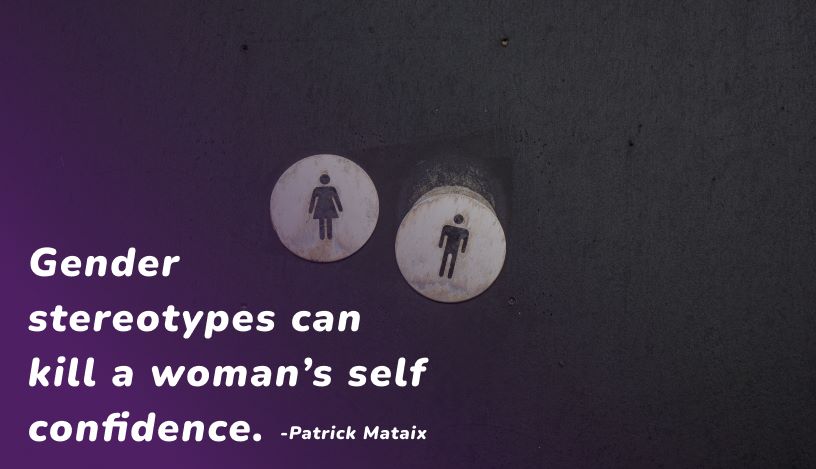 What do you think are the necessary steps for companies to take to promote inclusion and diversity?

It’s complicated, but maybe the solution is what you are doing at Girl Power Talk; what we are doing with Female Executive Search; what other similar initiatives are doing. It’s a long journey, but I think if we all share our different perspectives, we can evolve, one step at a time. Promoting the young generation is key, and acting from the top is also crucial. Perhaps this will be easier through creation of new companies, because having more women in entrepreneurship enables us to create more female C-Level positions.

What are your values in life and how have they impacted your work in fighting discrimination and creating opportunities?

Freedom is one of my key values. Freedom of thinking, of speech, and to change—because without freedom there is no evolution. I also always refer to courage: being able to stand in front of a group that does not think the same as you do; to speak up; to keep going despite everybody telling you that you won’t succeed; and to tell people what you really think. Finally, the third value is being ethical. We don’t live in a very ethical world—there is corruption everywhere, but ethics are a value of life for me, and I have always conducted business in an ethical way. 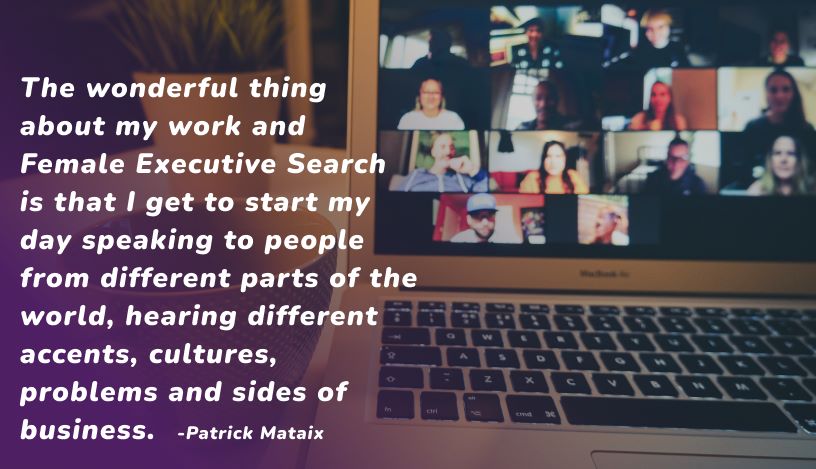 What do you enjoy the most about your work?

The wonderful thing about my work and Female Executive Search is that I get to start my day speaking to people from different parts of the world, hearing different accents, cultures, problems and sides of business. It’s a great journey. Each time we place one of our executive candidates in a permanent position, interim assignment or as a Non-Executive Director, I know that we have a positive impact!

How do you manage to find a healthy balance between your professional and personal life?

As an entrepreneur, I don’t see the frontier between my professional and my personal life. I’m always thinking about what I’m doing professionally. This is part of my life. For me, wanting to retire early is an alien thought. However, I dedicate a significant portion of my life to my family, friends, pets, and hobbies such as sports, cosmology, and nature.

Building Female Executive Search was an incredible journey that started with two guys and two dogs sharing an apartment. Patrick os still building new businesses, learning, and trying to improve things, and on this journey, humility is the value which he holds in high regard, not only in business but in private life too.

Creating Opportunities by Inclusivity: Kat Gordon and The 3% Movement

Why Gender Equity and Diversity Matter for a Successful Business